Hope everyone had a good week!

He is totally fine, but Elder Ashby got hit by a car while riding our bikes. And that pretty much perfectly describes how our entire week went hahah.  Other than that, not a whole lot going on here in Neumünster with the exception of a few appointments and cold weather but Ash Ketchem and I aren't letting it get us down.

Monday we had an appointment with Herr Gerlich. He struggles with believing that Jehova and Christ are the same person. So I prepared, found a bunch of scriptures that proves it, and we full on went for it. I don't know what happened, but he still wasn't having it. Some stuff that just comes and seems so easy for me to understand, is hard for others. Especially a man who has been Catholic his whole life. Makes sense, just hard.... Just bettering my patience aspect.

We had district meeting in Kiel Wednesday, so we were pretty much there the entire day. I think I started to get sick this day because we came home and I was extremelllyy cranky. I was literally complaining about everything - it was ridiculous.

Thursday -  good ol Thursday. We were on our way to the Matthiesen's on our bikes. We were riding past a Home Depot type store and I see this dude. I noticed at the beginning that he was not looking both ways, rather just looking left. So I'm thinking well this is not looking good and it was too late to slow down.  Elder Ashby was right on my tail and I swerve to dodge it but he plows right into Elder Ashby! It was loud.  I stop immediately, get off my bike and run to him. Thank goodness he was okay - Just completely red in the face and a little shaken up! This man proceeds to get out of his car and tell us it's OUR fault because we were in the bike lane on the sidewalk on the wrong side, which is completely false. Typical feisty German but we considered it yet another miracle and were just grateful that he wasn’t hurt. Anyways his bike is broken and bent and un-ridable sooo looks like we're gonna be on foot the rest of my time here unless President Fingerle or his AP's hop on their private jet and fly a new bike to us hahah!.

Friday I did end up getting real sick so we didn't do much. We had one appointment and then we came to the apartment, weekly planned and called it a day. The appointment wasn’t great. We tried to give him a pamphlet but he said no. He said he basically just wasn't willing. He likes his Evangelisch faith. It can be tough,  be we can’t let appointments that don’t necessarily go the way we would like, get us down.

Saturday we ate at a members and then helped short notice with a move. Took like 4 hours but everyone left half way through for no reason?! They are literally like, "yeah the elders can finish it." It was super nice of them to help and I am grateful but…...

All is good though because the Zicklers came through for us like always and cooked us food on Sunday and saved our week:)

All in all it wasn't too bad of a week actually. We had lots of good laughs. Learned big time especially on the mish if you learn to just laugh things off you will be happier.

I love you guys and hope you have a good week! 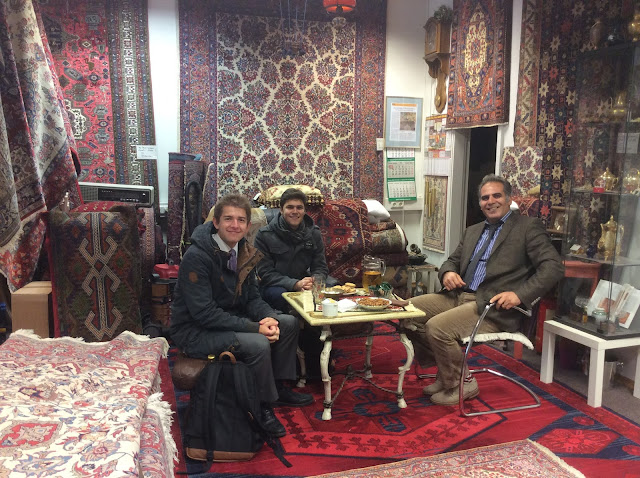 It was a bit of a slower week this week unfortunately. A few fallen out
appointments andd yeah… But we made some good goals so
hopefully our luck will turn around.

Wednesday we had our weekly district meeting and street display in
Kiel. Usually Elder Peatross stops the crazy people and then is stuck
talking with them for an hour but I guess this time it was my turn.
My dude actually wasn't crazy though I don't think. He was nice and he
just talked my ear off for a straight 40 minutes. I got him to take a
Book of Mormon and take a card. He said he would read in it.
I think he will - I am hopeful! We had to sprint from the street display to banhof to
get back to Neumünster for our appointment with the Matthiesen's. We
ate there and for desert they made homemade donuts. They were way good
but I have been craving Krispy Kreme donuts ever since.

Thursday we were doing some street contacting and we were in the
area of a contact who we've been by multiple times but is never home.
We decided what the heck, were here so we went and klingled him. We
started to walk away and then he buzzed us in! He let us in and we started
teaching him, and then his friend came over and we taught him too! We
were there a little long, like two hours but it was way cool. We made
out another appointment for this week! They are gonna be tough but
were due for some miracles out here. The next appointment we were
suppose to have was about a 40 minute bike ride away. We rode all the way
out there and something came up and she had to leave to go take care
of her daughter or something. Her husband said come back the same time
the next day so we did and the same thing happened! Finally we gave
her husband a card and he said she would call us. We were bummed because
Katagarina is our golden!! Plus it's a little sketchy because the
referrel who gave us her info said she wants to be baptized but her
husband is against it... So hopefully he actually gives her the card
we gave him.. He seemed super nice though.

We finally get to meet with Herr Gerlich today. And it is fest. Done a
bunch of personal studies geared towards this meeting and I think I
have found answers to all of his questions! I'm excited!

Sorry - I'm out of time!
Love you all so much!
Have a great week! 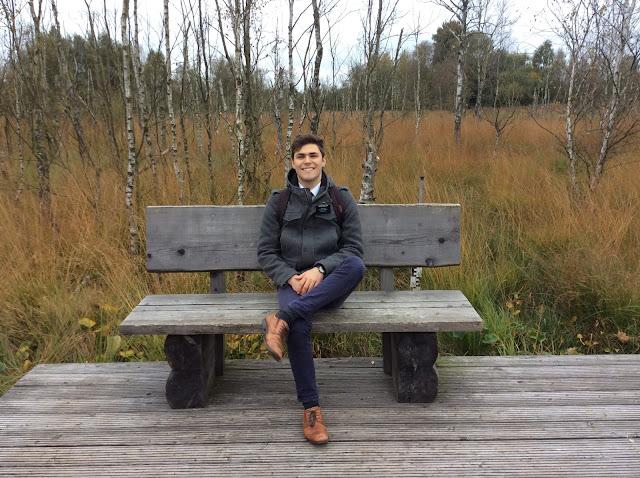 And with the final three months of the year here I have a feeling time
is about to flyyy. General Conference so far was way good! I have
only got to see 3 of the sessions because of the time change here, but
we are going to watch the rest sometime this week when we get time.

Tuesday we were in Kiel for a street display again and will be this
whole transfer once a week. They are good, I like them. Hopefully
Neumünster can get a couple happening again this transfer as well too.
On the way back Elder Chadwick came with us and spent the night before
he had to take off to his new area the next day. Gonna miss that kid.

The next day we took him, and while waiting for the train we started
talking to this one lady. She was nice and I asked if she needed help
with getting on the train. She had some items and she was old and on
crutches. Problem is, the type of train rolling through is a fast one,
and only stops for about 2 minutes before taking off again. After all
the people got off we were finally able to board and before you knew
it I was caught in a traffic jam of people, as was Elder Ashby. He got free
before me but by the time he hit the button for the doors to open to
let us out it was too late. They were closed and locked and we were
stuck on the hour train ride to Hamburg.... Luckily the train actually
had one more stop in a place between called Elmshorn so we only had to
ride like 30-40 minutes out of our area.

The rest of the week was a little slow. We were able to have a few
appointments but nothing major. We finally get to meet back up with
Herr Gerlich again today so I am excited for that. Really hoping he
has been progressing and reading the last 2 weeks as we haven't been able
to meet with him.

Love and miss you all! 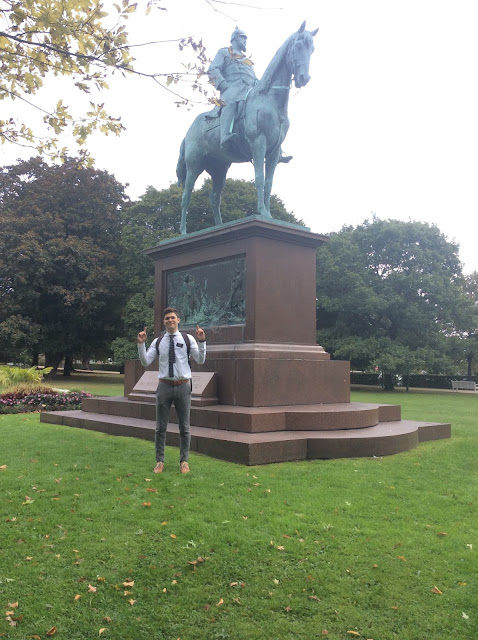 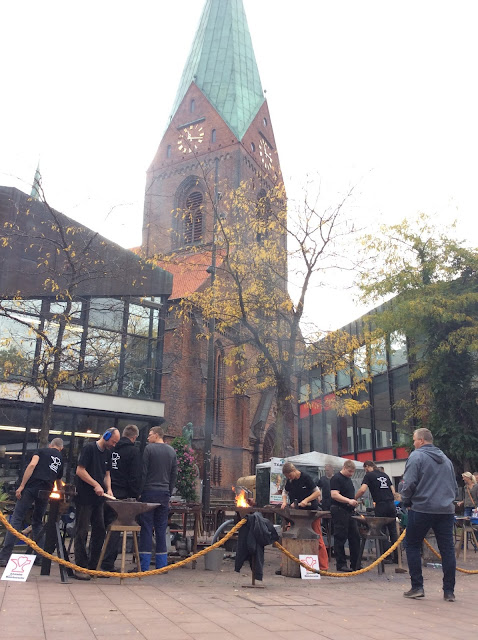 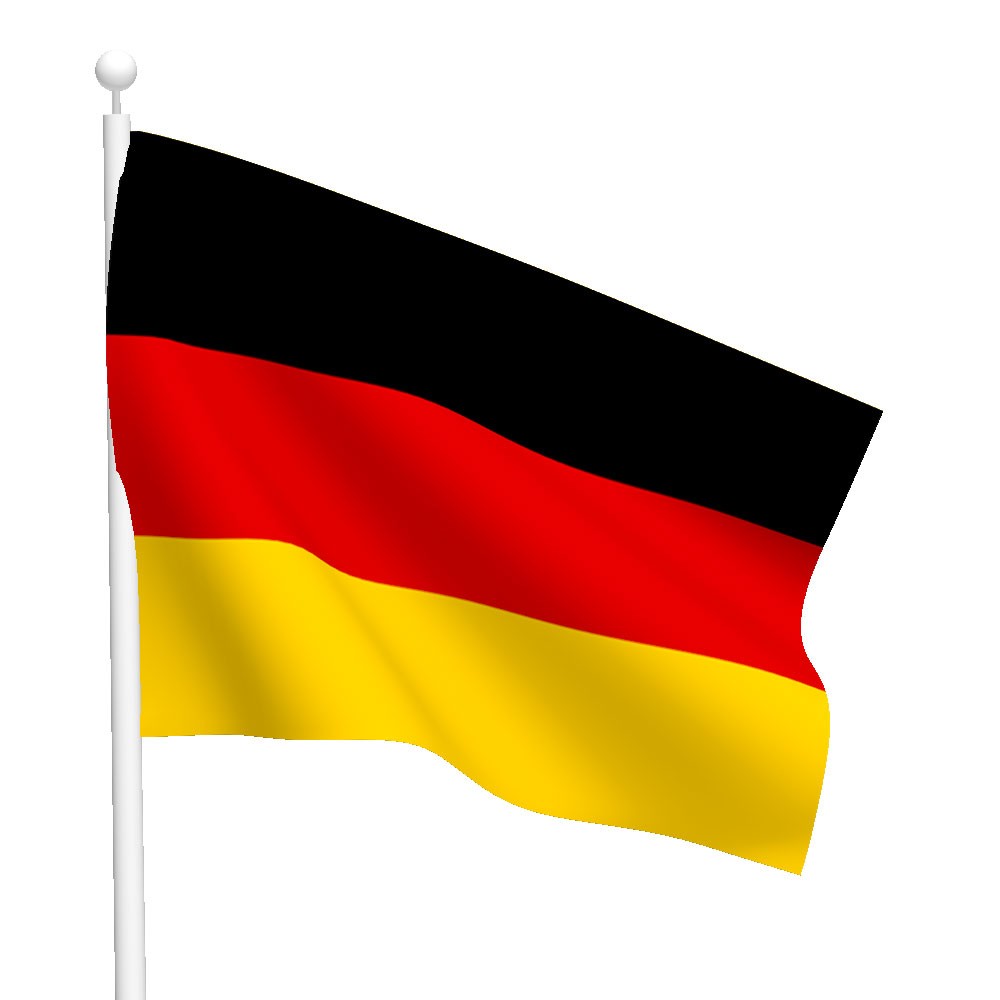 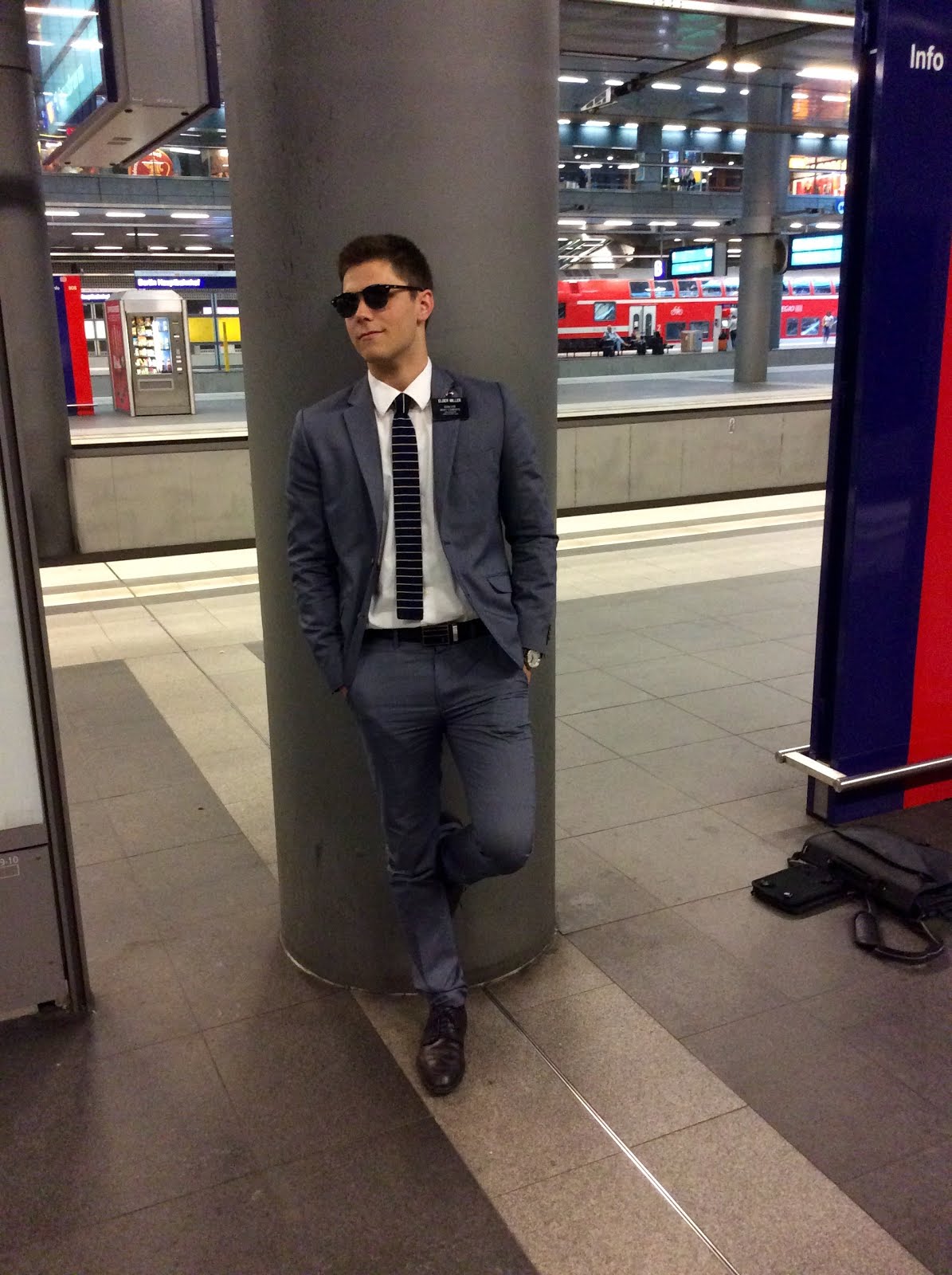